Rali Mampeule is considered one of South Africa’s top black Real Estate Entrepreneurs . His success in real estate investing and in the generation of passive income has resulted in him being a coveted speaker at property conferences around South Africa. He is regularly featured in the media where he champions the cause of black business ownership and property investment.

In 2005 he was also awarded the “Nedbank Young Lion Award”. In 2006 / 2007 he won the South African “Nedbank Property Professional of the year award” and the following year the African Heritage Society (AHS)”Emerging Entrepreneur of the Year”. 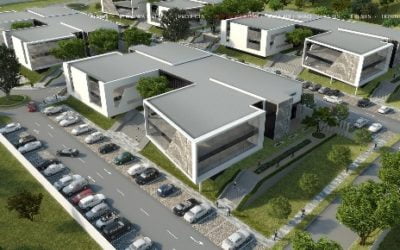 “The new tech real estate business in the selling, leasing and buying of properties space will overtake the traditional sales and marketing companies in terms of overall values service to client and speed.”   Exclusive interview with Rali Mampeule, CEO of Phadima...

From Mokwasele Village to Harvard University

Rali Mampeule was accepted at Harvard University to study an Advanced Management Development Program in Real Estate (AMDP) Class XIX for 2 years. Rali will be joining the rest of the worldwide participants in Cambridge, Massachusetts, USA on the 15 July 2018....

Ahead of South Africa’s Heritage Day on the 24th of September, property mogul Rali Mampeule talks to Lerato Tshabalala about the benefits of investing in real estate in the township....

The Rali Mampeule Learnership is a real estate learnership that was initiated to provide previously disadvantaged individuals with the practical skills that are needed for them to succeed in the real eastate industry. The aim of RML is to bring new blood into the old veins of the real estate industry.